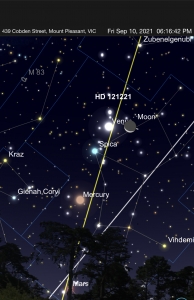 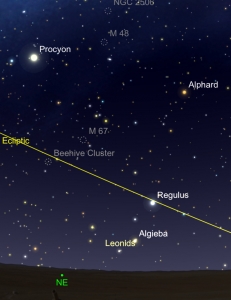 The last perihelion passage of the Leonid’s parent comet, 55P/Temple-Tuttle, in 1998 is almost two decades ago now. With the knowledge of the dust ejection and trail evolution, variable activity has been modelled and observed in several years. The Leonids occur during a nearly Full Moon and so the shower will no be easy to view this year.  Credit:IMO. Radiant lower middle of image. 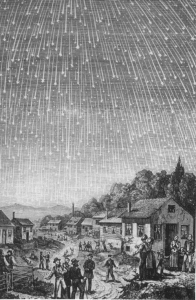 This minor shower’s details need further improvement by observational data. In most years, 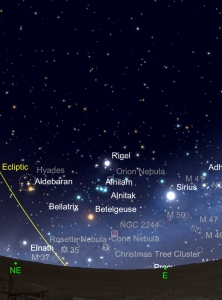 visual data give a maximum ZHR = 3, while the general ZHR level is about 2.

December’s 4 day old Moon creates good conditions for either potential maximum timing, as the radiant area is available virtually all night for much of the globe. Credit IMO.  Radiant of shower below Betelgeuse. 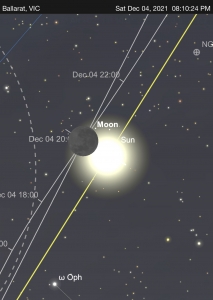 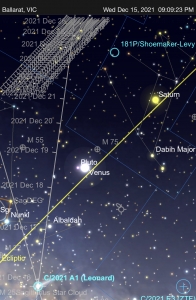 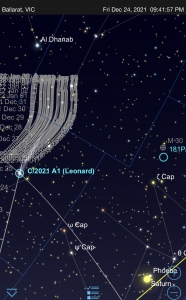